For some years, there was an empire inside the Roman-Empire. It had his own a Praetorian Guard, two yearly elected consuls and possibly its own senate.

This empire is known as the Gallic-Empire or in Latin as Imperium Galliarum. The Empire came to life when the Roman Empire was very weak. Some years before 260 (the year the Gallic Empire was founded by Postumus), the Roman Empire had a hard time on his borders. Valerian (since 253 was his son Gallienus also Caesar and colleague of his farther) was defeated in the Battle of Edessa by the Sassanids in the beginning of the year 260.

After this battle he arranged a meeting with Shapur I (also known as Shapur the Great, he was the second shahanshah1 of the Sasanian Empire) to talk about peace. Unfortunately, for Valerian, Shapur seized him and held him prisoner for the rest of his life. This combined with troubles at other borders and the economic problems in the empire made it possible for Postumus to establish the Gallic empire.

However, who was this man, Postumus, who established an empire at his own? At this time, he was governor in Germania inferior and Germania Superior. We know next to nothing about his early life or where he was born. What we know for sure is that he had defeated the Franks in 260 and was popular in the Batavian region. He must have been a very powerful man.

Gallienus had his son, Saloninus with the prefect Silvanus, stationed in Cologne (Keulen). Probably to keep an eye on the ambitious Postumus. In 260 when Gallienus could not control the Gallic region due problems in the east, Postumus must have seen his chance to gain his power. He sieged the city Cologne and murdered Saloninus and the prefect Silvanus.

You must imagine that Gallienus could not do anything he was at the other side of the empire; he did not had the men nor the resources to attack Postumus. It was so frustrating for him that he once wrote to Postumus the question if he wanted to fight with him in a one to one battle. Postumus was not interested in fighting he just wanted to consolidate his empire. His empire included Britannia, Gaul, Germania and for a time Hispania.

The coins of Postumus are in my opinion one of the most beautiful coins the romans ever created. Real artists must have been worked in the mints of the Gallic empire. Famous are the coins from Postumus with Hercules or three-quarters facing busts on some coins of Postumus. There were also many contemporary copies in circulation during the reign of Postumus.

It is possible to classify these copies into two groups. First, the coins, denarii and aurei, that intended to deceive people. They were not made from silver or gold but from another, cheaper, metal. Second, the coins made from base metals. They were not made to deceive, there was no gain for the counterfeiters in this. These coins were made by small unofficial mints on local basis. The reason for this is that the official mints could not meet the demand of small denominations.2

In a later blog, I will go discuss further the iconography of the Hercules coins of Postumus. 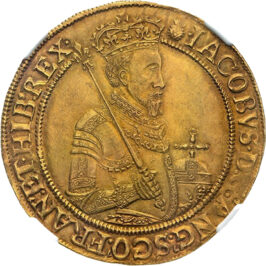 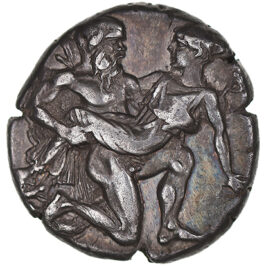 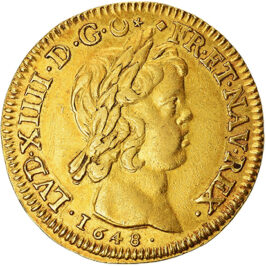 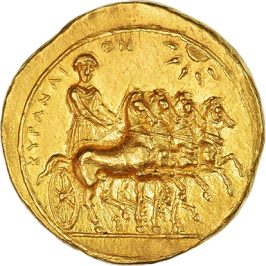 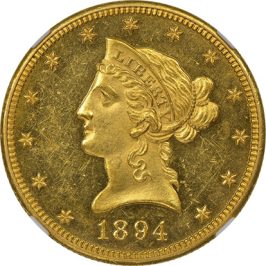